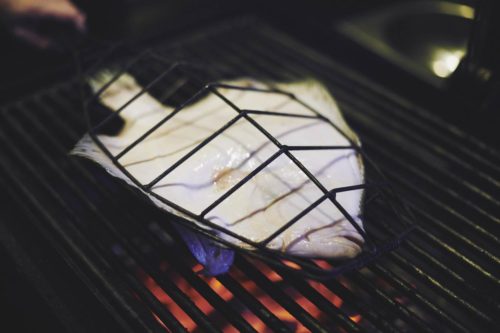 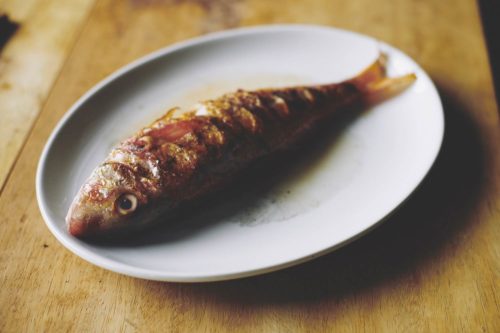 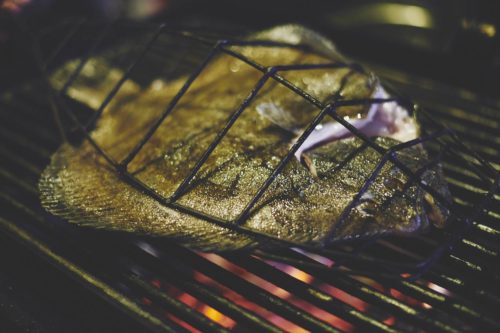 Literally and metaphorically “the hottest opening” in East London is Tomos Parry’s BRAT, where his fire kitchen sits neatly in the restaurant space, divided only by a wooden topped pass. The neat rows of tables in a kind of refectory/dining room style enable the diner to marvel at the goings on in the kitchen.

Tomos cooks on a number of fire powered devices. mainly an oven, a fierce deep grill and something resembling a range.

You’ll see the spectacle of the cooking of the delicious and endearingly strange-looking Turbot. They cage it in a metal frame, as they do in Getaria in Northern Spain’s Basque region, and then slowly roast it over the fire until juicy and golden and then serve it whole. The devilish thing here is to cook the fish just enough to release its delicious emulsion, but not so much as it burns.

This is where we helped Tomos a little with the equipment, by way of the JOY Stove. Hidden under the hob part of the range, are four individual cast aluminum stoves. Based on a classic Thai ‘Toa’ these versatile bits of charcoal powered kit do two things: they hold the heat and are amazingly controllable, making cooking what is a £75 a-pop fish a little less unpredictable.

Visit BRAT at www.bratrestaurant.com
For details of our consultancy and equipment contact joystoves@londonlogco.co.uk